The soundtrack comes on 180g black and 180g green vinyl, in a full-coloured gatefold sleeve with art by Raymond Swanland and includes an exclusive double sided A2 poster and Steam Codes for Oddworld: New 'n' Tasty the game as well as the MP3 soundtrack for Oddworld: New 'n' Tasty and Oddworld: Abe's Oddysee. All songs composed, mixed and mastered by the talented Michael Bross. The Pre-Order starts very soon - make sure you follow Black Screen Records on Facebook , Twitter  and Instagram.


Check out the official mock ups below and read all the news on www.oddworld.com 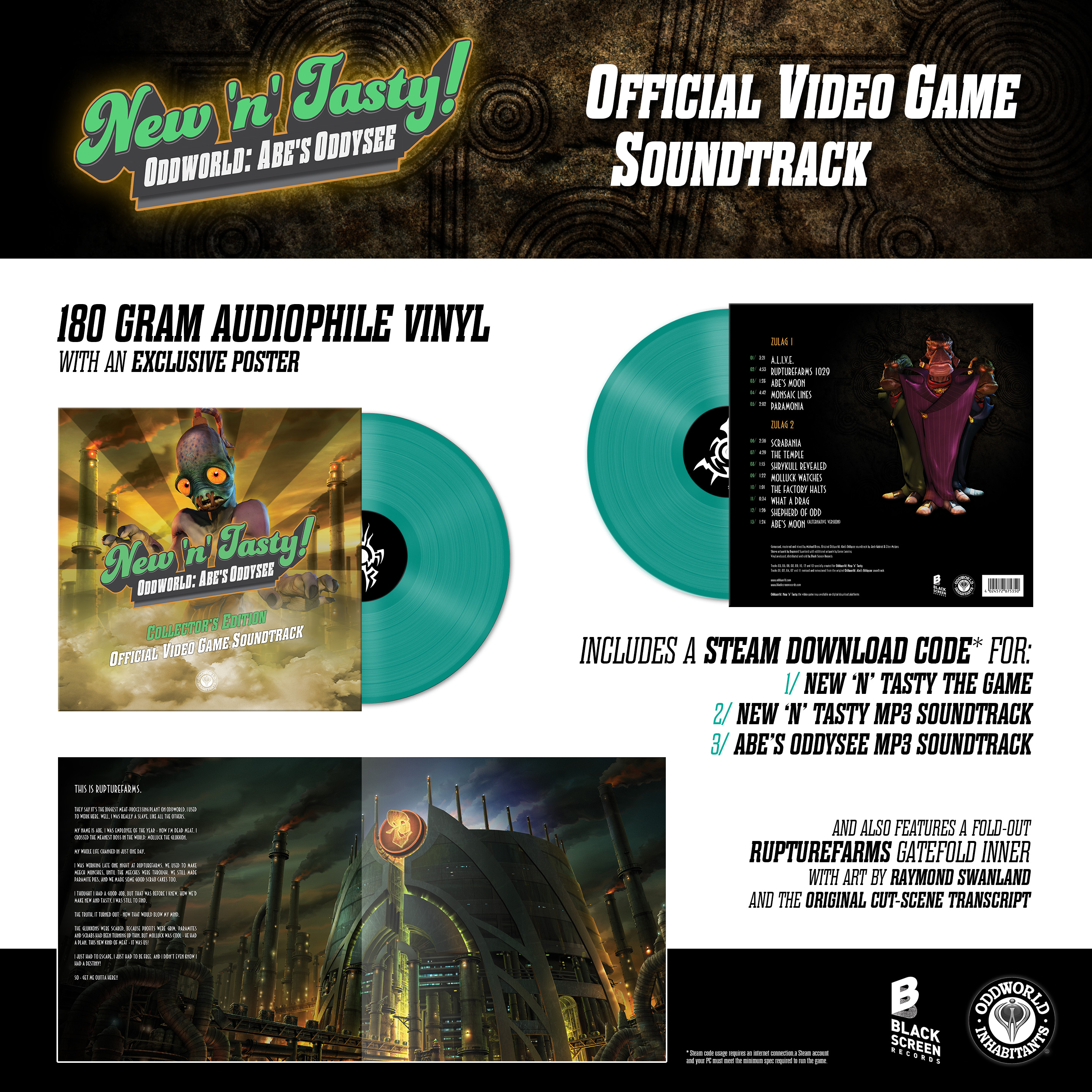